Are Hawthorn Berries Edible? – Crucial Info To Keep In Mind

Hawthorns are a very old, diverse genus identified with the Rosaceae family. Known for its scientific name Crataegus mollis, fossils of the hawthorn found in the 1990s date back to the middle of the Miocene Epoch, 15 million years ago. The geological survey that discovered these fossils unearthed them in South Dakota’s Black Hills.

The most popular variety of the hawthorn comes from the Central Asian and European group made up of about 100 species. Often, it grows as a one-trunk tree with flowers that give off a rather unpleasant scent. The berries that it bears are usually used in a variety of herbal preparations. They are also considered to be a nutritious food source.

The hawthorn fruit is characterized by its oblong, pear, or round shape. The berries are generally of the same size of cultivated large blueberries. Depending on its specific species, the berries’ colors could range from scarlet, orange-yellow, blue, black or yellow. Its flesh is very similar to that of rosehip— dry and mealy. 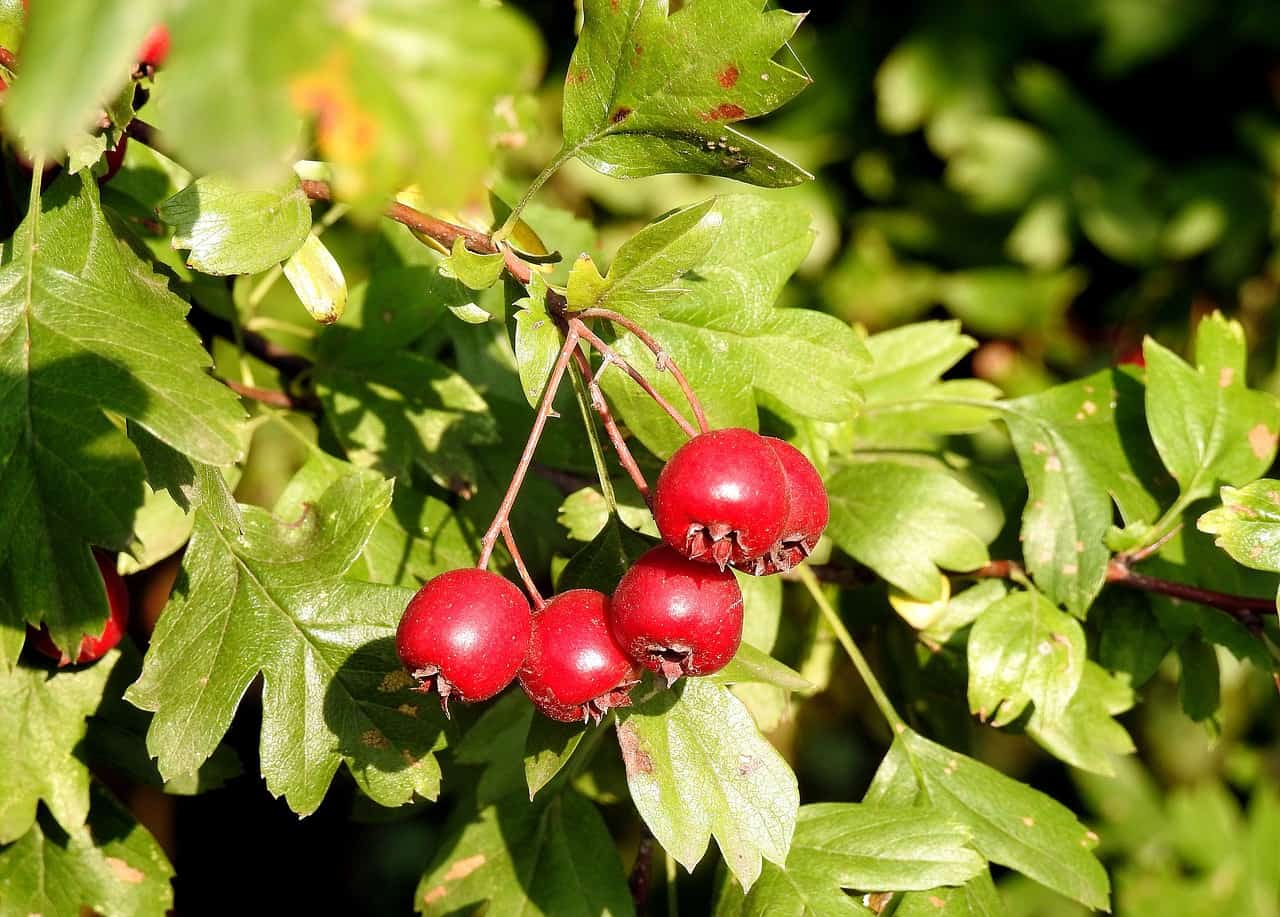 Are the berries edible?

While hawthorn berries aren’t directly classified as poisonous, there are some instances when they may cause some adverse effects when consumed. The seeds of the fruits in the Rosaceae family are known for containing an amygdalin compound which is basically cyanide that has bonded with sugar. When eaten, this combination can transform into hydrogen cyanide as it travels to the small intestines.

For perspective we’ll use apples as an example.

Meaning if you weigh 70 kg, your lowest lethal dose would be 37.8 mg or roughly 54 grams of crushed apple seeds (need to be crushed for amygdalin to come into contact with the enzymes). Meaning you would need to avoid eating 66 crushed apple seeds. I’d say that’s fairly easy to do. 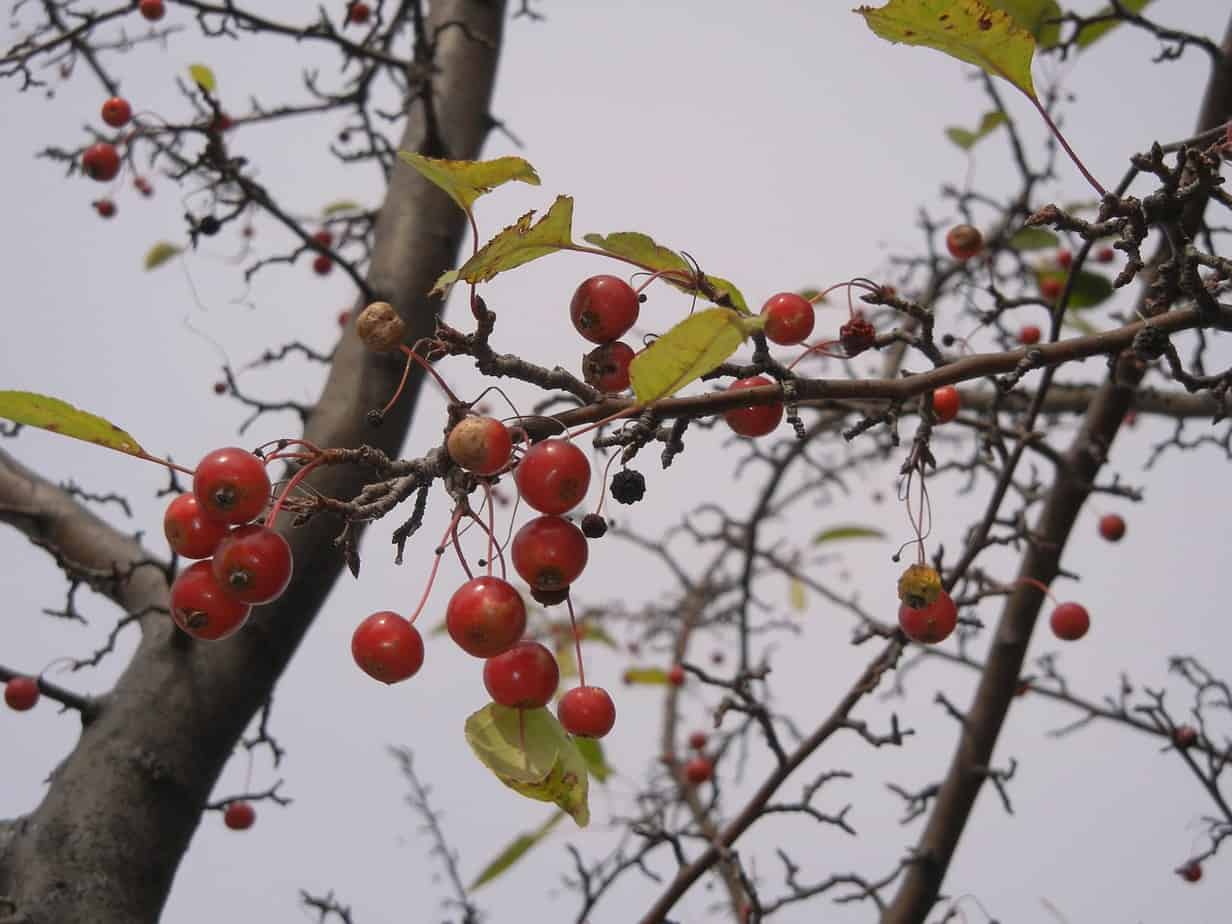 Just like Apples, when eating hawthorn berries, it’s best practice to spit the seeds out. An adult who accidentally consumes a few pieces of its seeds shouldn’t have any problems. However, for children, the adverse effects are likely to be more pronounced.

The meat of the fruit itself is not poisonous. However, there have been instances where people have reported unpleasant aftertaste.

Around spring, most people will gather the leaves before their colors change and use them for salads. The same can be done for its flower petals too. The berries generally taste much better post-frost but they may also be used prior to frost.

The berries may be used in making jellies and jams. They are also added to baked goods. The berries, flowers and leaves are used to make tea; Many people use hawthorn tea when making couscous, quinoa, or rice. 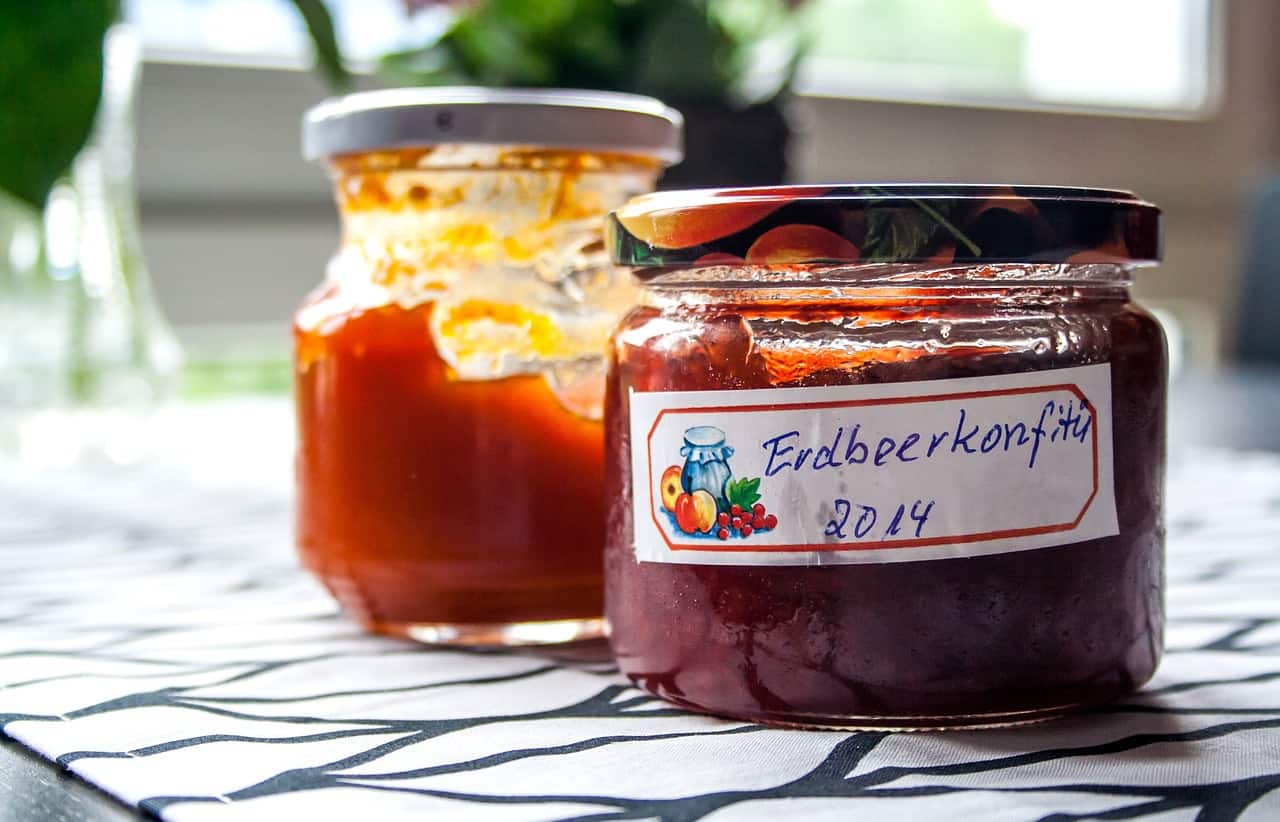 There’s a whole host of medicinal benefits that one can get from using the hawthorn berry. This is why its supplement forms are used to treat a variety of maladies.

Specifically, hawthorn supplements are noted to be used for ailments related to the heart and the circulatory system. However, these supplements may not be as effective in the treatment of severe forms of related conditions.

The berries in tea form can be beneficial in lowering and regulating blood pressure. The naturally high content of pectin makes them ideal for making jellies. While the berries don’t have a particularly pleasant taste when eaten whole, they are often mixed with a variety of other fruits in the making of wine or pies.

Getting Enough Fat For Your Ketogenic Diet Regimen