When Should You Take Pre-Workout? Does Timing Matter?

Pre-workouts are popular supplements used to increase an individual’s overall output while training. The ingredients in a pre-workout have an ergogenic effect on the body – they enhance performance by increasing energy levels and allow for greater capacity in the gym. While “pre” in pre-workout defines when they are taken, the optimal time to consume them can change based on a number of factors.

Pre-workouts are generally taken 30-60 minutes before training to ensure maximum nutrient absorption. With that said, some supplements will have suggested timing detailed on their nutrition facts label. Individual stimulant sensitivities and metabolism should also be considered.

The most common mistake among people using pre-workouts is that they take them right before training. In this article, we will detail why doing so is inefficient and diminishes the potential of the supplement.

What is a Pre-Workout?

Pre-workouts are a type of fitness supplement used to increase athletic ability. The ingredients stimulate the nervous system resulting in greater physical and mental capacity.

They typically come in powdered form and are designed to be mixed with water and taken before a workout. 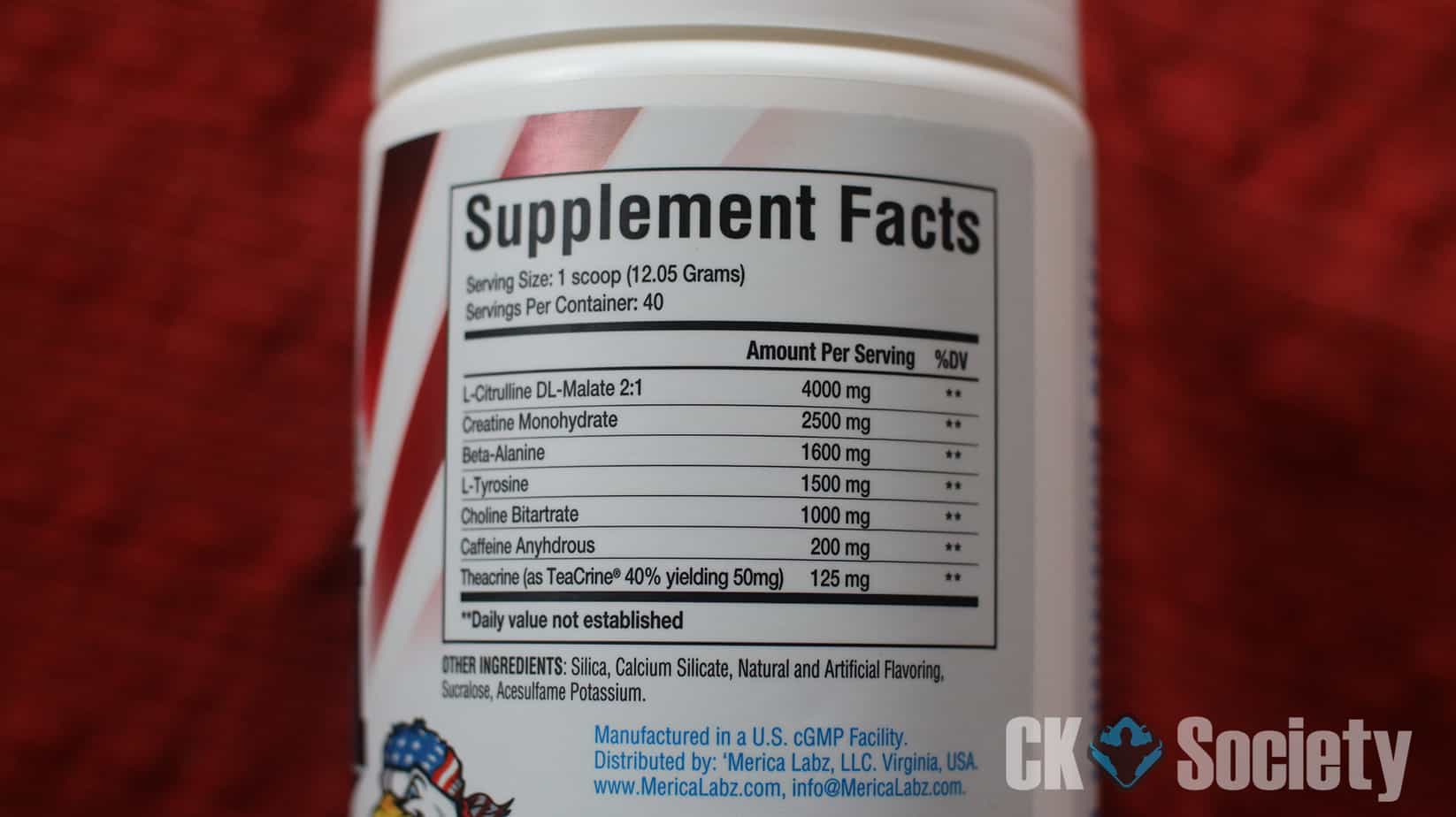 Pre-workouts consist of various ingredients and the formulas can differ from one brand to the other. However, there are certain ingredients that can be found in most of them.

Caffeine is the most common stimulant in pre-workouts. Due to its size and solubility, caffeine can easily pass through epithelial tissues meaning it is readily absorbed into the bloodstream through the tissues in the gastrointestinal tract: the mouth, throat, esophagus, stomach, and intestines.

Studies show caffeine can reach peak levels in the blood from 15-120 minutes, depending on the individual. However, 99% can be absorbed within 45 minutes of ingestion.

Upon entering the bloodstream, caffeine can enhance performance through several mechanisms:

On average, caffeine in the bloodstream lasts about five hours. However, caffeine studies showing the wide range of elimination of 1.5 to 9.5 hours mean high variability from person to person. After which, the liver then metabolizes the caffeine in the body into paraxanthine, theophylline, and theobromine.

Creatine is an organic compound that is naturally produced in the body (specifically the liver, kidneys, and pancreas).

It is involved in one of the processes that produce ATP (adenosine triphosphate), the major energy currency in the body. Inside the mitochondria, a working cell uses ATP for various cellular processes and when used up, ATP is reduced into ADP (adenosine diphosphate). There are a few ways the cell can generate more ATP, but one way is to use creatine to recycle ADP back into ATP. Thus, dietary creatine can boost muscle workload, enhance muscle fiber size, increase lean body mass, and help prevent tissue damage.

Upon ingestion, five grams of dietary creatine would take around an hour to reach peak plasma levels, while it would take a little over two hours for 20 grams. From the blood, creatine can then be bound to various cells in the body, but 95% of the creatine will end up predominantly absorbed by the skeletal muscles.

The time it would take creatine to remain bound to the skeletal muscles depends on several factors:

Regardless, the half-life of creatine is only around three hours. After that, creatine is degraded into creatinine which is then filtered by the kidneys where it’s expelled via urination.

Nitric oxide is a small gaseous molecule that naturally occurs in all cells of the body. Produced by a number of enzymes called nitric oxide synthases, it is a key component in cell signaling due to its high reactivity and diffusion rate.

Nitric oxide signals vascular smooth muscles to relax, effectively causing vasodilation and subsequently increasing blood flow. The molecule is also involved in oxygen consumption in the cell. When oxygen levels are high, cells prefer to use nitric oxide in energy production instead of oxygen.

Supplementary nitric oxide is a common ingredient in pre-workouts because as a vasodilator, it helps the blood carry nutrients and oxygen around the body more effectively. Additional nitric oxide in the muscle cells can also reduce oxygen consumption and reduce muscle soreness.

The half life of nitric oxide is incredibly quick – just a matter of seconds. However, this depends on the oxygen levels of the surrounding environment and in what form it is.

As an essential molecule, nitric oxide is both produced by the body and can be taken from the air. Metabolism of nitric oxide involves the conversion of nitric oxide to other nitrogenous forms (i.e., nitrite, nitrate, ammonia). Depending on the form, these are then expelled from the body through exhalation, urination, and defecation.

During intense training, muscle cells are being depleted of oxygen. This does not stop the body from moving, however the muscles produce energy from a different pathway – the anaerobic pathway.

Beta-alanine is a nonessential beta amino acid, meaning it is produced by the body and does not have to come from food. Unlike most amino acids, beta-alanine is not found in any major protein in the body meaning its primary function is not as a building block for proteins. However, beta-alanine has a different function. Beta-alanine interacts with histidine in the muscles, forming carnosine, and carnosine has been shown to effectively enhance physical performance.

Similar to how sodium bicarbonate works, carnosine also acts as a buffer. Countering the acidity of the lactic acid produced by intense physical activity can reduce muscle soreness and fatigue.

Additionally, carnosine acts as an antioxidant – scavenging free radicals in the body that contribute to DNA damage and even aging. As a fitness supplement, an antioxidant such as carnosine helps muscles release the carbohydrate stores from glycogen, thus providing muscle cells access to glucose in order to use it for energy production.

Since beta-alanine is not readily used in different processes in the body, the amino acid can stay in the body for a relatively long time. Beta-alanine supplementation has been shown to increase carnosine content in muscles by 20-80%.

When to Drink a Pre-Workout?

“Pre-“ is a prefix meaning “before.” This means a pre-workout should be taken before a workout. Supplement manufacturers typically feature an industry standard of 30-60 minutes. This is because most pre-workouts contain caffeine and that is about enough time for the caffeine to reach peak levels as stated above.

As one might expect, manufacturer recommendations vary based on their ingredient list. If the manufacturer has a recommendation in terms of when to drink pre-workout, then their instructions should be followed. However, if nothing is stated and it contains caffeine, then 30-60 minutes is a good guideline to follow.

The problem in not taking a pre-workout as suggested is because you lose the potential of the supplement. For example, taking a pre-workout right before the workout means that you will be engaging in physical activity without the benefits of the ingredients because the time given was insufficient for the nutrients to be absorbed and circulated in the body.

Pre-workout supplements are helpful tools to maximize any workout, and they have been proven to enhance physical performance – as long as they are taken at the right time. Not only do the ingredients of a pre-workout dictate the benefits gained, but also the right time to take a pre-workout.

Proctologist vs Gastroenterologist: What's the Difference?